Travel took 38 days, 62% of the rooted plants will restart.

38 days is a very long travel but the stems were thick and the temperature was low most of the time. 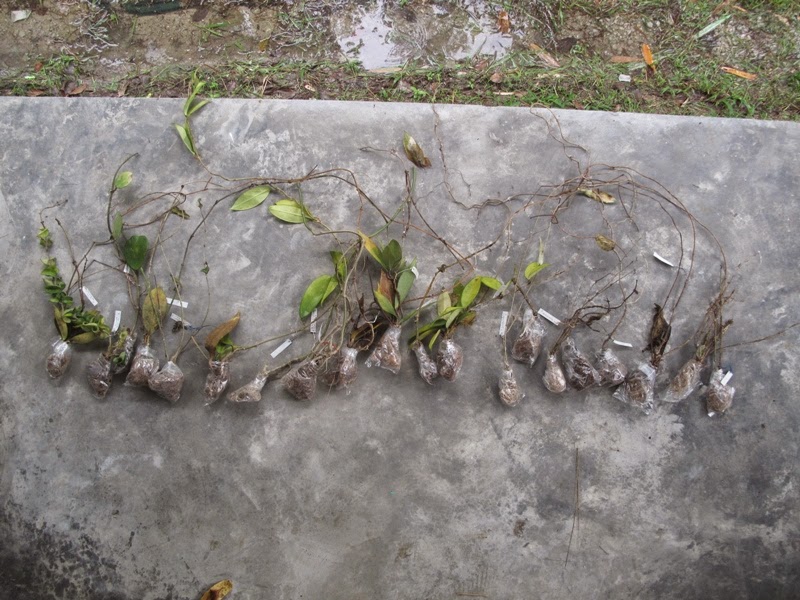 Documents could be lost between offices but there may be a trick : if some documents are missing the importer is no more required to declare the goods at a remote customs center and the Postal officers spare the work of sending the parcel to the Phytosanitary for inspection. So the importer has the opportunity to avoid tax payment while on the postal agent's side less work is necessary. High value goods imported by EMS, or goods often imported to the same address may require customs clearance through ordinary procedure whereby the importer has to go to a Customs center and take the papers ( invoice and certificate ) from the parcel to make the declaration; or they can be represented by an agent who will declare in their name. The customs centers can be far from home.

With the more common pocedure named " simplified procedure " taxes can be paid instead to the postman on delivery. Most parcels with a value under 150 eur  and not often sent to the same address go through the simplified procedure. When importing plants, to some countries small parcels air with a value under 150 euro are safer regarding the possibility of " loss " of documents.

Importers who import plants often to the same address or high value / big parcels should not take the risk of not claiming the parcels at a customs center. Or an arrangement should be made with the exporter before departure so for instance unclaimed plants at customs would be resent.

Herbs and Spices, Hoya, Hoya seeds, Orchid seeds, Ferns, Fern spores are for sale on aleyagarden.com Plant care is available in various posts of this blog. Contact : aleyagarden@hotmail.com
Posted by Aleyagarden at 1:34 AM